The unlikely story of "The Sleeping Dragon" the world's best-preserved armoured dinosaur.

Dr. Caleb Brown was born in northern British Columbia and grew up in Red Deer.  From early childhood he was fascinated by fossils and dinosaurs, which ultimately secured him a position as Curator of Dinosaur Systematic and Evolution at the Royal Tyrrell Museum in Drumheller. 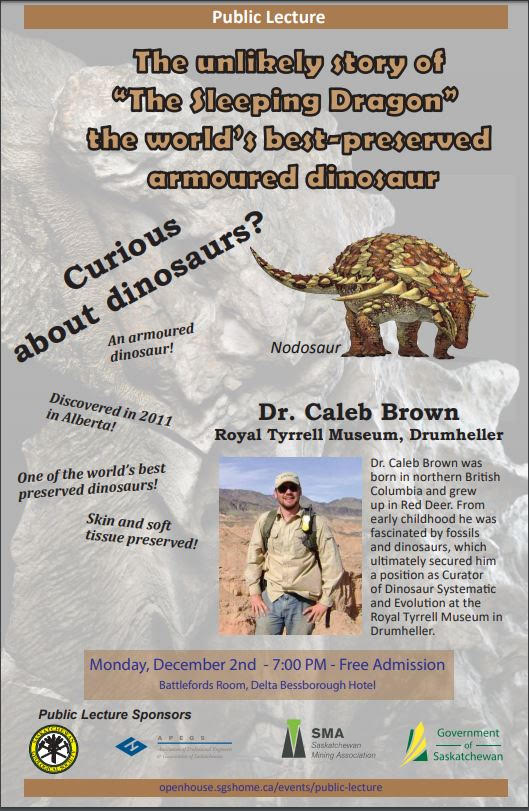 Previous Lectures at the Open House:

Website by OH! Media a division of Phoenix Group.