If you are looking for the digital map GeoExplore Saskatchewan, follow the link on the left.

The stated goal of the Highway Map Committee was "to produce a Geological Highway Map for Saskatchewan, which will further the understanding and appreciation of Earth's history, Saskatchewan's geology and the mineral industry amongst students and the general public". Yet even professional geoscientists should find this colourful map useful and interesting.

The "north" side of the map covers 110-54° latitude and features the bedrock geology of the Precambrian Shield. The "south" side, between 55° and the Canada-US border, displays the surficial geology and bedrock geology where exposed.

The geology of the north was simplified to distinguish metasedimentary, metavolcanic, and felsic and mafic plutonic rocks of Paleoproterozoic and Archean ages. The Athabasca Basin and Wathman Batholith are clearly labeled as distinct geological entities. Meteorite impact sites, and areas of gold, base metal and uranium mining are shown.

The southern part of the map distinguishes areas of moraine, stagnant moraine, eolian and glacial lake deposits, and a variety of other glacial deposits and landforms. It also depicts unglaciated areas such as the Tertiary conglomerates of the Cypress Hills and Paleozoic dolostones of the Amisk Lake area.

If you are interested in ordering copies of the map, please visit the Publications page to find out about pricing and shipping costs. 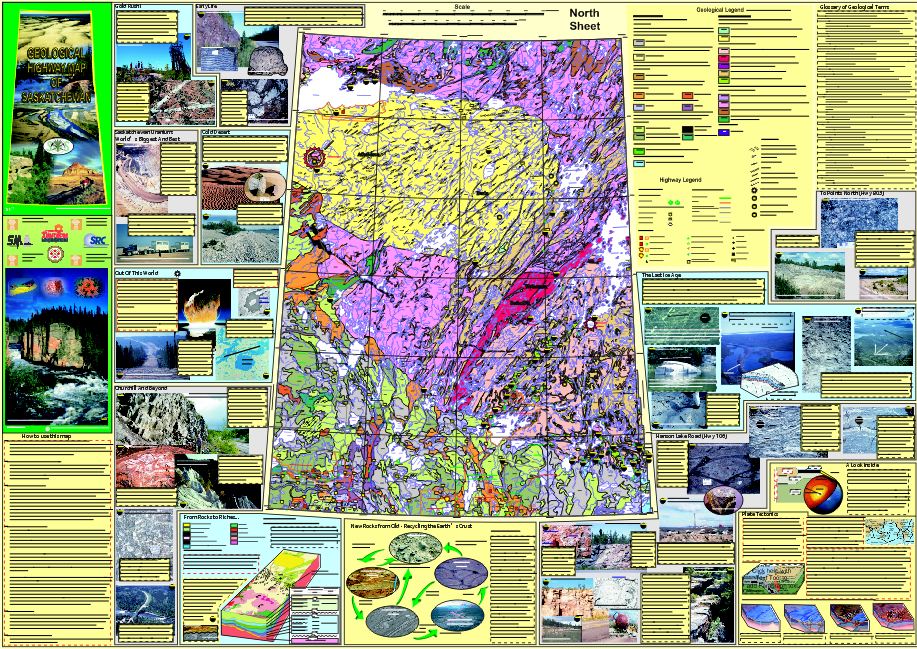 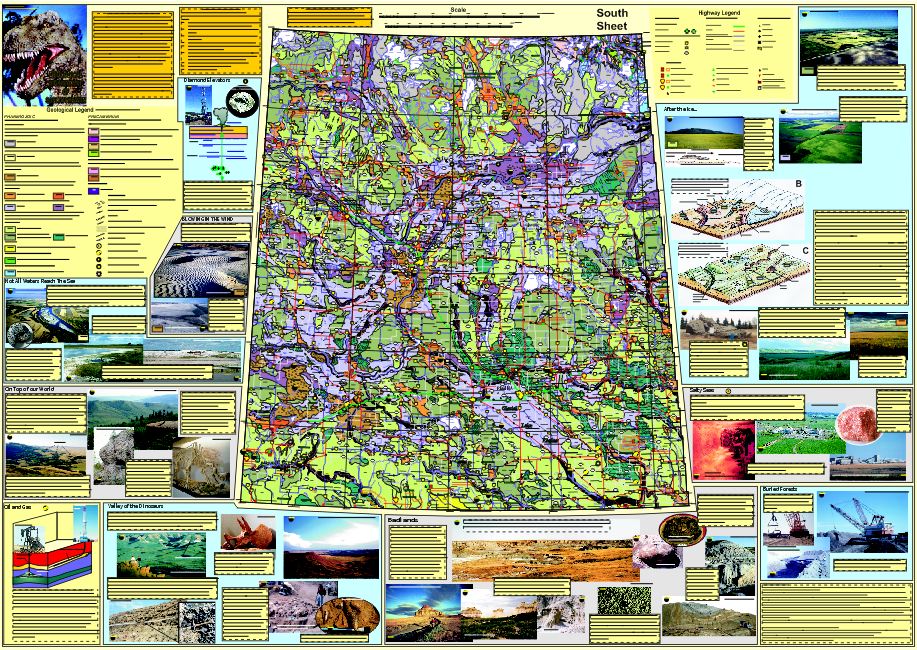 Website by OH! Media a division of Phoenix Group.